There’s a Place for High Production Values, and Maybe It’s Not in Your Upcoming Video Campaign 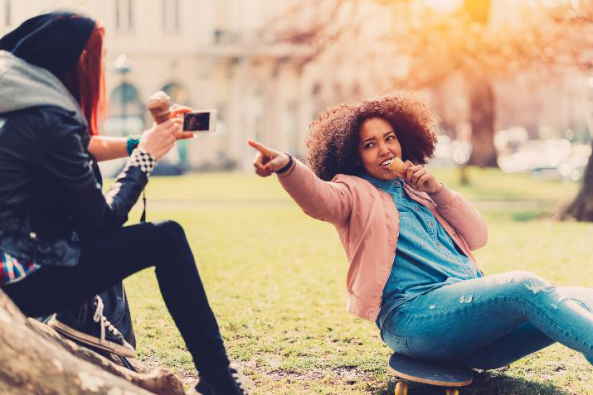 There’s nothing wrong with channeling your inner Ridley Scott for video marketing. We’d all go for high production values if budget constraints didn’t get in the way.

Thanks to smartphones and social media, anybody can create a video. But, here’s the important thing about that video: It’s not necessarily how well it’s made – it’s more about who makes it.

Video is more engaging and entertaining because we don’t have to read a bunch of words and come up with our own images. The obstacle – and it’s a myth – is that video is expensive to produce. We think that because we head to the Cineplex and watch a movie with a $200 million production budget, or we turn on the TV and watch a 30-second commercial for a popular soda that probably had a half-million-dollar production budget – excluding the cost for the celebrity endorser.

Move it online to your computer screen or smartphone and the myth persists. You see a marketing video or an ex-plainer for a product, and you think, “It snagged my attention, so it has to have cost four or even five figures to make that!”

Nope. Video content production may actually be less expensive than producing and ranking text-based content. In fact, you might get more traction with video marketing when you spend less time worrying about production value, and more time working on ranking it.

Ranking your video is a subject of its own. We’ll tackle that some other time. Let’s stick to the idea of why video content is affordable because it doesn’t necessarily require cinematic production value.

Who made that video?

The Digital Marketing Institute tells us research confirms that people prefer to share and watch videos that were made by people they know. Sure, they’ll be impressed by the half-million-dollar soda video when it shows up on their smartphone while they’re checking out a listicle article on their lunch break. Maybe. If they’re not angry because they were forced to watch it before they could see the rest of the article.

But, they’re far more likely to head over to Instagram or Twitter and repost a video made by their BFF, who’s doing the unboxing and demonstration of a new pineapple corer they snagged on Amazon.

The cost to you – if you’re the maker of that kitchen gadget? Zilch.

Companies from McDonald’s to Acura are using this emotional connection angle to encourage their social media followers to contribute video. It converts this vector of their marketing from push to pure engagement.

Marketers have discovered and are benefiting from the meteoric rise of user-generated content (UGC). Open this last link up in a new tab and follow up if you want a primer on how UGC can help your brand. The big takeaway is that the effort and expense you save by encouraging your customers to create video now must be invested into curating this video content.

Ad week tells us that the millennial crowd goes for super-short videos on their phones. 10 to 15 seconds is their sweet spot, while Gen X and the Boomers are happier with videos that are in the 30-second range.

Our smartphones turn out to be the optimal place for super-short videos, not only because that’s where you find the millennial's but also because it’s where you don’t bump up against length prerequisites. Nobody’s going to stop you if you want to use an 8-second video. That’s good, considering Microsoft is asking us to believe that a goldfish’s 9-second attention span is longer than our 8-second ability to stay on focus.

Do you sacrifice SEO when you move to video marketing? Absolutely not. YouTube is the second largest search engine on the planet by total volume. What’s more, studies show that three out of four users say they’ve visited a company’s website after watching a video about them on social media.

It almost seems counter intuitive. We agonize over how our logo is used, and we scour social media to pounce on and soothe any voices of discontent. But with video, we’re supposed to be okay with smartphone-shot video – and maybe even shot by a customer?

Yes, embrace it! If it helps, remember you don’t own your brand. It exists in the mind of your customers. Let them help you shape it and spread the word. As marketers, we’re always talking about the importance of engagement. Even Ridley Scott has co-producers for his movies.