The Jedi Mind Trick that Converts Leads into Customers 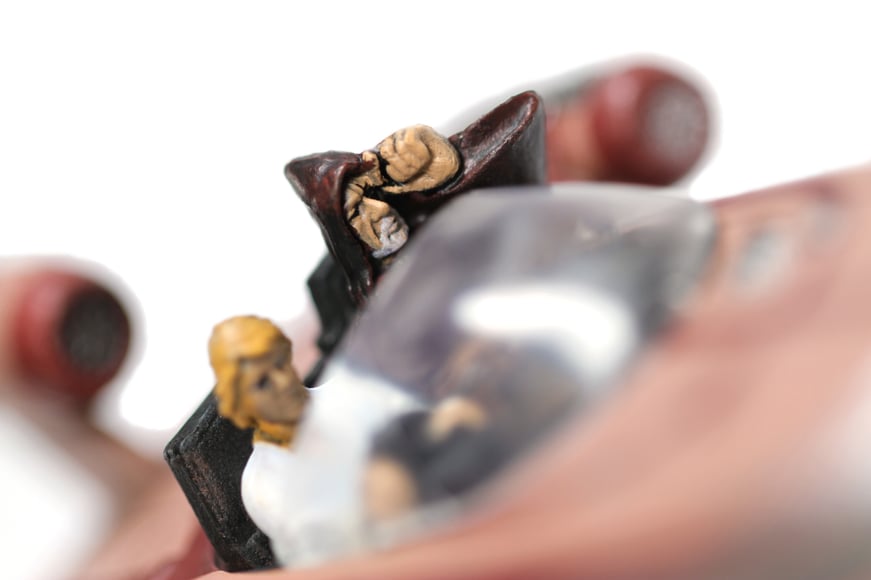 We call them leads, but they’re not going to be led anywhere.

Magic tricks work because we want to believe what we see. The “magic” part is that we are delighted by the result. Jedi Master Obi-Wan Kenobi never pissed people off. He sent them on their way thinking they got exactly what they want.

That’s the secret to the trick behind the trick. Or, maybe we should say there are no tricks to converting leads into customers. It’s only a matter of allowing them to participate in the process. They get to decide to become a customer. You convince them it was all their doing. Here’s how we perform this Jedi mind trick.

Stick a light saber in it

R.I.P. to traditional advertising. Thanks to the Internet, we don’t have to—well, for the most part—patiently sit through interruptive messages about products or services we couldn’t care less about.

Advertisers tried to make “traditional” marketing messages work online. Just convert that print ad into a banner. Embed the TV commercial into streaming media and force people to watch it before they can see the dancing cat.

At the risk of mixing cinematic metaphors, it was like watching Neo from The Matrix sit in the Oracle’s living room and try to bend the spoon with his mind. It didn’t work, no matter how hard Neo tried to force it.

Neo figured it out in the end. Marketers have, too. Welcome to the matrix. Consumers direct their own reality. They get to seek out and consume information about products that interest them. As for the rest, there is no spoon.

Hang on. We’re taking a hard turn and swinging back to Obi-Wan. There was a major disturbance in the Force back in the middle of the last decade. It transformed the internet. People like Mark Zuckerberg and Jack Dorsey exploited our need to validate our beliefs, by finding tribes of fellow thinkers and gave rise to social media. Suddenly marketers found they had the ability to create what people not only welcomed, but also wanted to share.

Maybe one day we’ll be able to create an email with only our thoughts, and we’ll take a test drive in a Tesla by slipping on a pair of cardboard goggles. In the meantime, what’s fueling the marketing engine is storytelling.

Talk about old-school. It’s only been around since we invented language.

The trick about storytelling is that it must be content we want to believe. It must be relevant. Obi-Wan Kenobi’s Jedi mind trick wouldn’t have worked at all if he told the Stormtroopers that the droids were fem-bot pleasure models destined to be shipped to the Death Star.

But, it still has to be magic. Consumers must believe the story you tell them. They’re looking for a solution to a problem. They find your content. If it’s tasty—meaning that they believe you understand their problem—they’ll gobble it up. You convert a lead to a prospect.

Then you continue to tell prospects what they want to hear and believe. Your storytelling educates them with multiple points of view, and it gives them reasons to become a customer. By the time you tell them, “These aren’t the droids you’re looking for,” your leads have told themselves that it was they who drove the process. There’s no coercion. No pressure. They want to do it.

The icing on the Jedi mind trick cake? Newly converted customers are so pleased with having done it themselves that they’re grateful when you offer ways to share the accomplishment on social media.

At least not directly. It attracts, educates, and fortifies. It’s welcome. That’s important. You don’t need a Forrester research report—although there is one—to tell you that people distrust and resent interruptive content.

One last thing about this magic marketing Jedi mind trick.

Stream the movie and watch Obi-Wan Kenobi’s interaction with the Imperial Stormtroopers. They, like consumers, are the ones in control. Ob-Wan facilitated their self-directed conclusion.

We call them leads. They’re not going to be led anywhere. They will let you engage them. That’s magic, but it’s not a trick.