Thought Leaders Are Made, Not Born. Here’s How to Become One. 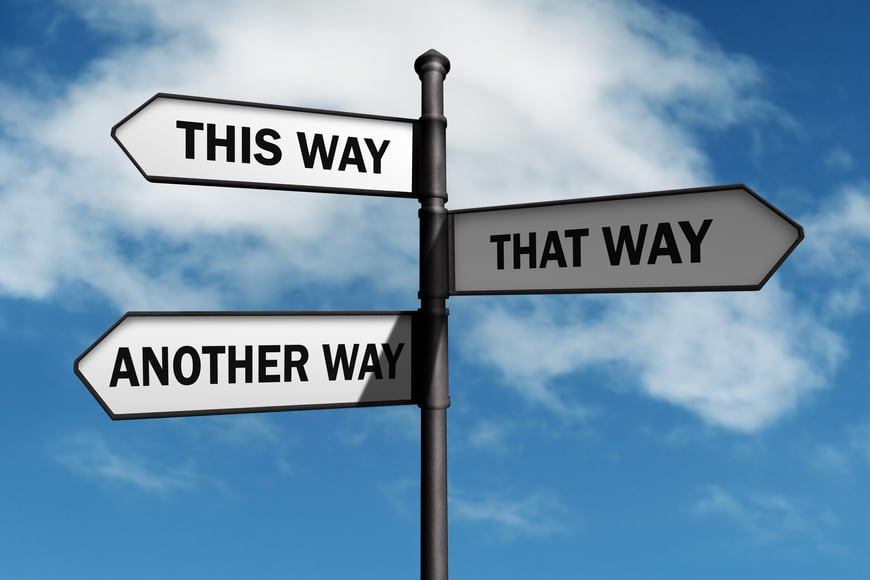 Your favorite thought leader didn’t pull a Venus. There’s no such thing as an instant expert. It’s a cultivated stature.

Nobody’s been born at their full potential since the Roman goddess Venus pulled it off, emerging from the sea completely grown – on a half shell, no less. (Okay, the part about Venus rising from the sea in a clam is likely due to the artistic license of Italian renaissance artists like Sandro Botticelli, but it paints the appropriate picture in your mind, right?)

The takeaway is that nobody’s got it going for themselves right from the beginning. You work your way up to standing and respect. It’s gained over time, by way of experience. There aren’t any thought leaders out there who took a Venus shortcut. They were made – or rather, they made themselves. Here’s how you can do it, too.

Don’t let semantics get in the way of your objective. The first thing you must accomplish on the way to becoming a thought leader is to establish your personal brand. Your what? It’s the current world’s way of referring to something we’ve always done since we humans have banded together to create societies.

Your personal brand is nothing more than your reputation. The Internet and social media makes it important for you to project a unified picture of who you are and what you represent. To use another term of the times, the public needs to understand your value proposition.

You create your value proposition and your brand by defining and explaining your beliefs. Few things accomplish this better than a blog.

Consider networking to be as important as food and water

There are two types of people you want to meet and interact with:

The content you create will attract them, but you won’t accomplish much as a digital wallflower. Cultivate connections. Respond to everyone who leaves a comment on anything you push online – even if it’s an emoji on your Instagram account.

Play the sleuth. Do a bit of digging using sites like LinkedIn to find out more about people who share your point of view. Invite them to interact with you. The easiest way to facilitate this, of course, is to start the interaction yourself.

Yes, that means you must become an avid consumer of the same kind of content you want to create. The key thing to remember is that you can’t just push. You can’t just absorb. You absolutely have to put yourself out there and establish an interactive relationship with people.

Once you do, you’ll discover people who are amazing resources for advice and information. Drink deeply from the “this is how I did it” fountain these mentors provide. Keep in mind, too, that there’s no formal process to mentorships. They are, in many ways, like any other relationship. It’s less about structure and more about reciprocity. You’re in no position to demand, but be prepared to offer a concise description of the way a mentor can help you – should they ask. Otherwise, it’s usually best to let them drive the mentorship bus.

You’ll also come across people who can open doors for you. Influencers can introduce you to people who will help to increase the strength of your reputation. Today, that can be an exponential boost accomplished by a single retweet by a superstar in your industry.

A generous amount of quality content reflecting a clearly defined perspective and value proposition published to your own website is a beginning. It’s kindling for the fire you start when you begin to appear on other websites. This can either be as a guest post to a blog, being featured on someone else’s social media stream, or being interviewed on a podcast.

Don’t wait for invitations. Many authoritative voices are too busy to seek out new perspectives, and yet they are thought leaders because they are known for providing well-rounded ideas that include approaches contrary to their own. This is your unlocked back door entrance. Be bold. Craft a short introduction. Get right to the point on how you can participate when you contribute your take on an idea. Offer a new way of looking at something.

Ride along the border

Blah blah blah. While it’s true that people consume content and chose thought leaders who reflect their own mindset, a regurgitation of the same ideas using the same memes published on the usual and predictable channels turns a clear signal into white noise.

Thought leaders establish themselves as beacons because of their depth of knowledge, but also because they have a specific, skewed approach to a generally accepted idea. Seth Godin is an undisputed marketing thought leader. How does he stand out from the crowd?

Visually, Mr. Godin never appears without his vivid yellow glasses. So, there’s that. He also believes in – and demonstrates it with content – brevity. He gets his point across in a paragraph.

As you study what makes your favorite thought leaders stand out from the crowd, you’ll discover it’s because they are not afraid to have a divergent opinion. If they were a brand (which they are) it would be called differentiation. They make bold claims. Their predictions zig while others zag.

These requests are result of the foundation they built up over time. Your favorite thought leader didn’t pull a Venus. There’s no such thing as an instant expert. It’s a cultivated stature. What’s more, the most respected thought leaders in your industry likely exhibit no traces of self-promotion. Rather, it seems as if the world requests this talent from them, and they humbly reply.

They’re exchanging self-minted currency. The currency of influence. They first created credulity. Then they found ways to polish and amplify it with mentors and influencers. And finally, they found a way for their signal to cut through the noise by tuning in and boosting a differentiation.

These are things anyone can do. Influence is not a birthright. It’s a process. Today’s biggest thought leaders took the same path. You can do this. Get started.