Smartly Stupid: The Counterintuitive Reason Why We Don’t Catch Our Own Typos 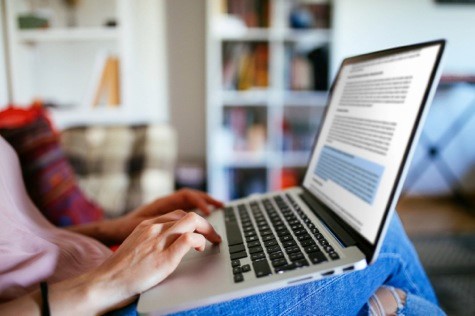 Typos are, in some respects, back-handed compliments. They’re indications that your writing is the result of high-level thinking.

You crushed it. The article came out well. You proof it for typos, find none, and you post it. The first of the responses start to flow in and none of them have to do with the subject you covered. It’s about the typo.

Second paragraph, third sentence. No words are misspelled. It’s not a your versus you’re thing, either. What everybody’s pointing out is a duplicated word. Not a tiny, easy-to-miss word. It’s friggin’ four syllables long! How is it possible to have missed that?

That’s what we call ourselves. It’s what we’re sure our readers and customers think. This is one time, though, when pretty much everybody’s wrong.

Typos get through for another reason. They happen because when you’re writing, you’re trying to convey meaning. Your brain is engaged in a high-level task. Let’s break that down to understand what it means and why it causes us to miss typos.

When your brain is engaged in a high-level task, it generalizes simple component parts of the task – such as turning letters into words, and words into sentences. It does that to focus on the more complex tasks required – turning those sentences into complex ideas.

When our brain goes into that mode, we take in what we read and combine it with what we expect. From there, we extract its meaning. It’s a talent we humans have developed for both reading and writing.

When we read what we’ve written, we already know the meaning of it. Our brains expect the meaning to be there – after all we wrote it – so it becomes easy for us to miss typos. It’s even more difficult for us to miss whole words that are missing or duplicated. We fail to see our own typos because what we see on the screen competes with the version in our heads.

It can lead to a simple typo like nad instead of and. Or, something more comprehensive such as the omission of a key sentence or paragraph.

Those typos are, in some respects, back-handed compliments. They’re indications that your writing is the result of high-level thinking. Okay, so that probably doesn’t offer much comfort. Try this analogy.

Typos and brain generalization is akin to how our brains map out familiar places, say your commute to the office. This mental map frees you up to think about other things. You certainly aren’t concentrating on driving to the office at the level you would if you were listening to the turn-by-turn instructions from your car’s navigation system.

Mashup time for these two analogies. By the time you get to the proofing stage of writing, your brain has already taken you to the destination and missed all the typos.

Readers, we’ll remember, are using the generalization process, too. But they’re unfamiliar with the route and going slower. They’re paying closer attention, thus catching those typos which eluded you.

The Irony of typographical errors

So, we’ve established that our brain makes our mistakes invisible in order to concentrate on high-level thinking. While this is the case, we actually have become rather adept at catching the creation of typos in the act. Microsoft says that the third-most used key on a computer keyboard is the backspace.

It’s why, if you’re a touch typist, you know you’ve made a mistake before the word even appears on the screen – and your pinkie goes flying after that backspace key. Our brains are so used to converting thoughts to letters that they alert us when we make these minor wrong keystrokes.

Like that mental map to the office which renders most of the scenery along the way invisible, touch typists are using a subconscious map of the keyboard. Their brains are preparing for the next move even as they hit the key they want.

What can you do to move your brain out of the generalization mode so you can be a more accurate proofreader? Trick it into believing it’s reading something for the first time. You’ll catch more errors by making your own work appear unfamiliar.

We’re visual creatures. Print what you’ve written and edit it with a pen. Or, change the font and background on your computer screen. Otherwise, your brain wants to help you by reporting it already knows what’s been written.