The 5-Second Rule: What it Means for Your Marketing Strategy 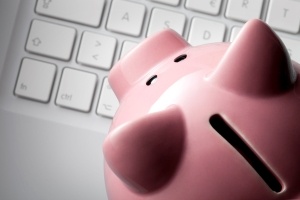 It’s good for bacon that has fallen on the floor, but better for marketing

The science is in. Researchers have found that as soon as food hits the floor, the five second rule is already out of play. In fact, studies indicate contamination occurs as soon as there is food-to-floor contact.

Still, there are many of us—depending on the food and the floor—who would probably toss that research out the window, and scoop up that tasty morsel.

Bacon on your own kitchen floor? Yes. Bacon on a public bathroom floor? Tempting, but a definite pass. For the food-eating public, the five second rule remains a tried-and-true rationale.

The same can and should be said for your online marketing presence.

Whether it’s a result of over-scheduled lives or a reliance on smart devices, the human attention span has shrunk from 12 seconds in 2000 to a mere eight seconds in 2015. That means two things:

As a result of this shrinking time span and shrinking time, online consumers tend to review webpages and blogs the same way they read. They peruse. They look for headlines and meaningful images; two things that can tell them the story in the shortest amount of time.

This is your brain on bacon

If the brain is given too many choices, it does one of two things. It will either do nothing, or it will do what it has always done. Consider, if you will, the bacon section in the supermarket. As the bacon frenzy has grown, there are more and more options available to consumers.

It’s an overwhelming choice, and shoppers will either skip the bacon completely or just reach for the kind they’ve always enjoyed. It’s just easier that way.

Your five seconds of fame

Although the human attention span is now estimated to be eight seconds, you actually only have five seconds before a consumer is tempted to watch a cat video rather than read through your webpage.

Door-to-door salesman understood this a long time ago. From the moment a homemaker opened the front door, there was a small window of time to peak interest in a new set of encyclopedias. The longer, more meaningful pitch happened once the salesperson’s foot was in the door.

That same five second idea is as true today, only now, thousands of consumers are knocking on your door. The responsibility for making the most of that time remains with you.

Making the most of your time

When looking at your current online marketing presence, it’s important to remember that there’s a fine line between overwhelming your audience with too much information and not providing enough information that matters.

The key is to simplify your approach, but to not make it too simple:

Kissing it up to ContentBacon

When tackling your marketing plan on your own, it’s difficult to self-edit. There’s often an emotional attachment to the work and the time invested. A second set of eyes is always a good thing.

If you’re interested in working within the five second rule on your current marketing presence, or creating a plan from scratch, ContentBacon has a team of professional writers, journalists, storytellers, editors, and designers who are skilled at trimming the fat while keeping the content meaty and flavorful. Contact us today to get started with a tasty, custom marketing plan.