More Isn’t Always Better: Choose Quality Over Quantity When It Comes to Content 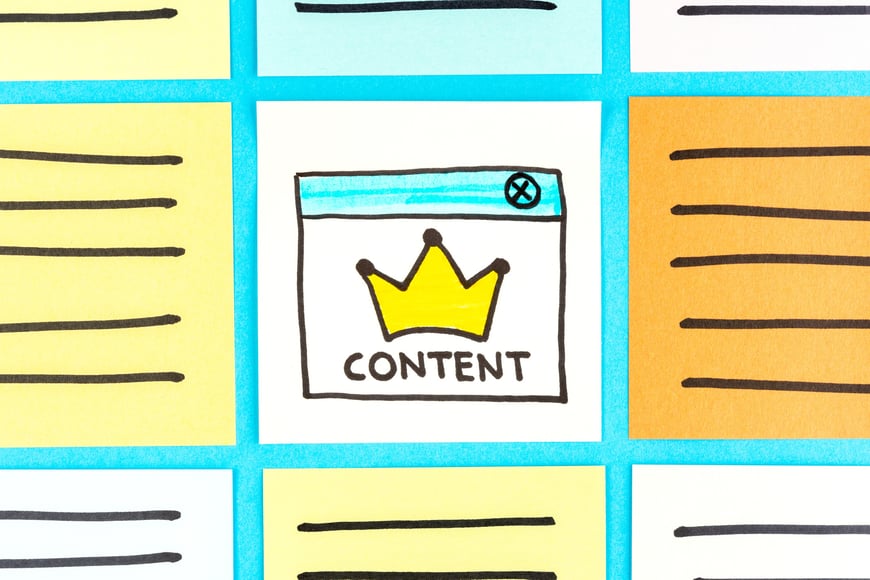 Content is not king. It lost that ranking when it became a commodity.

Open your umbrella. We’re about to rain all over the “Content is King” parade. It’s hardly a new concept. In fact, it’s easy to trace the quote back to the magazine publishing industry more than four decades ago. Sure, Bill Gates made it relevant for our time in a prescient essay he penned back in 1996, but there are arguments that even this was not the first time the predictive statement pricked up our ears.

Kudos to whoever ultimately gets credit for the statement. It doesn’t stand on its own without qualifications. Content is cheap and easy to produce. Anyone can do it, so just about everybody does. As a result, we are flooded with content. At best, it’s mediocre. The majority of it, however, is forgettable. How, then, can something forgettable be ordained as king?

If it’s every other day at 7 a.m., we should be blogging. Step away from the computer if that’s your mindset. Give up on content creation? No, that’s not the takeaway. But, you should give up on creating something for the sake of checking it off your list.

Content is not king. It lost that ranking when it became a commodity. Statistic Brain says that 300 hours of video are uploaded to YouTube each minute. It would take you more than 49 years to watch all the new videos uploaded there over the next 24 hours.

Drinking from a firehose

Availability often dictates value. With all the content we now have, available on our smartphone and computers, it’s become extremely difficult to establish value this way. More isn’t better when there’s already so much that it’s not possible to determine what’s valuable.

For that reason, content is no longer king. The successor is a byproduct of content, though. It’s insight. This successor plays by different rules. More is not better. Insight isn’t delivered in an onslaught. It’s quality, and not quantity. Like cream, it rises to the top.

People want you to give them knowledge, but they don’t want you to tell them how to think. The firehose of facts has to be pushed through a filter of relevance to create a fine mist onto which patterns fall into place. We make decisions based on manipulating facts – not to change what’s true, but to fit them into the personal puzzle of our worldview.

There’s only one way you can create content that stays above the commodity level. It has to be focused and pertain only to your target audience. Does it specifically address a pain point? Does it educate by not just offering facts, but by generating insight? Does if offer a way to engage where there’s a measurable result for them?

Content that hits one or more of these points is worth sharing. The rest is just noise. How long will people pay attention to you if all you have to offer them is, well, content?